A picture is more than just the image it portrays. It encompasses the way the photographer who captured it sees light and dark, angles and lines, animate and inanimate. Each snapshot is as unique as the person holding the camera.

Since 1994, New Times Media Group has invited local photographers to show us life from their point of view in our annual Winning Images contest.

This year 409 photos were submitted, which our judges narrowed down to three winners each in eight categories and seven honorable mentions.

Every entry also came in with a $5 fee, which will be rolled back into prize money for the winners, who also receive awards from the contest's sponsors.

Although you can see the winning images from 2018 on the web here, you can also view them on the wall at the San Luis Obispo Museum of Art through June 24. Δ

• San Luis Obispo native and perennial Winning Images judge Peggy Mesler is a photographer and owner of The Photo Shop in SLO, where she shares her appreciation for and knowledge of photography with customers, clients, and friends. Peggy graduated with a journalism degree from Cal Poly, and she opened her shop in 1995. 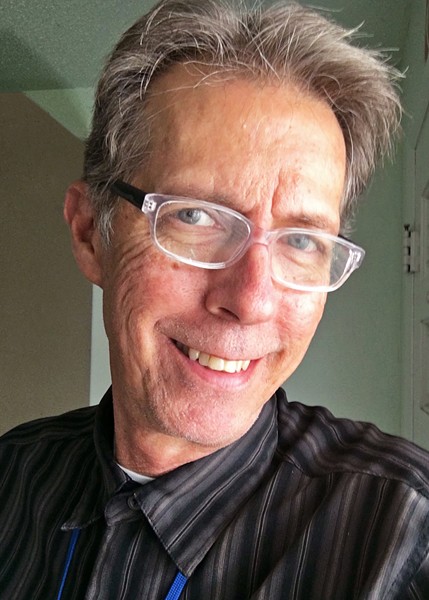 • Robert Dyer is a former award-winning staff photographer with The Tribune whose accolades include the California Press Photographers Association Gold Seal and recognition nationally by the Associated Press. After 30 years of photojournalism and commercial photography, his cameras are now directed primarily to his wife and daughter. Meanwhile, social services with the county of SLO have become his passion.

• Former Cal Poly and Cuesta College photography professor Marta Peluso was the executive director of ARTS Obispo from 2006 to 2011. She retired in 2017 and continues to make art in her studio full time. Her interest lies primarily in straight black-and-white imagery with an emphasis on environmental portraiture and social landscape. She believes there is nothing as mysterious as a fact clearly seen, much like photographers Garry Winogrand and Diane Arbus. See her photography at SLOMA in mid-December through January 2019 in a solo exhibition, Light From a Dark Room.

Jonathan Shapiro, Back of the PAC, Honorable Mention, Architecture