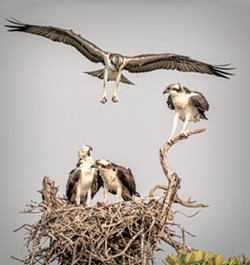 Pictures often encapsulate a scene that can't be replicated. Taken in the right light, at the right time, in the right spot, a photograph is as unique as the person who took it. Those images capture an event and keep it forever, just as it was—faces, light, motion, and landscape.

Since 1994, New Times Media Group has invited local photographers to show us what they see through their lens in our annual Winning Images contest. This year, because it worked so well the last couple of years, we once again conducted an all-digital contest and received more than 400 photos. Our judges narrowed them down to three winners each in eight categories, plus eight honorable mentions.

Every entry also came in with a $10 fee, which will be rolled back into prize money for each of the winners, who also receive awards from the contest's sponsors.

Check out the winning images from 2022, and be sure to keep an eye on the lens for photographs to submit in 2023's contest! 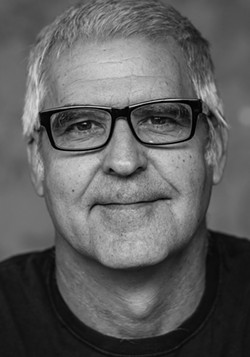 Jayson Mellom began his photojournalism career at the Marion Chronicle-Tribune in Indiana before moving on to the Athens Daily News and then The Atlanta Journal/Constitution before eventually settling in San Luis Obispo. He worked for the SLO Tribune for 16 years, and has been New Times' photographer since 2016. Along the way, he's won state, regional, and national awards for his photojournalism; has been published in National Geographic, Sports Illustrated, In Touch, and Der Spiegel magazines; and has had photos in the Los Angeles Times, the Chicago Tribune, and The New York Times. 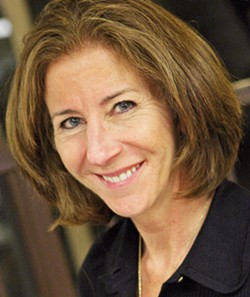 San Luis Obispo native and perennial Winning Images judge Peggy Mesler is a photographer and the owner of The Photo Shop in SLO, where she shares her appreciation for—and knowledge of—photography with customers, clients, and friends. Peggy earned a journalism degree from Cal Poly, and she opened her shop in 1995. 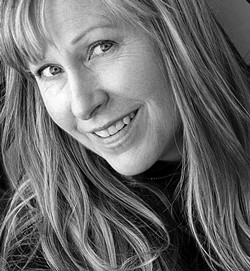 Stephanie Secrest has a master's degree in photojournalism from Ohio University. She's been a freelancer for more 15 years and was with the press for 21 years before that. Stephanie was invited to attend the exclusive Eddie Adams Workshop, a top honor for photojournalists. She was also a pre-qualification judge for Adobe with its ADAA contest. She's been published in Newsday, The London Sunday News Magazine, The Boston Globe, Los Angeles Times, The Baltimore Sun, and San Francisco Chronicle among others and was chief photographer and photo editor for two newspapers. Δ