With five concerts in the next seven days, Vina Robles is a music city

With COVID-19 caveats in tow, it seems like the music scene on the Central Coast is moving full-steam ahead—the Delta variant be damned! And Vina Robles Amphitheater is coming in hot this week, with shows every night this weekend and on Wednesday and Thursday. 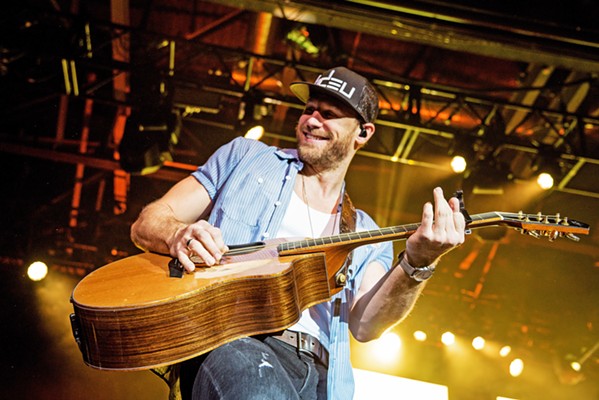 Vina implemented a new policy on Sept. 4 requiring all patrons to show proof of vaccination or a negative COVID-19 test from within 72 hours before entry. Check out vinaroblesamphitheatre.com for more information about the proof that Vina is looking for and the tests it will accept. If you've got that going for you and you bring along a mask (SLO County implemented an indoor mask mandate on Sept. 1), you're in business.

Gravelly voiced country-pop entertainer Chase Rice plays Vina on Friday, Sept. 3 (7 p.m.; all ages; $40 to $54.50 at vinaroblesamphitheatre.com). With more than 2 million albums sold—and songs such as "Lonely If You Are" and his collab with the Florida Georgia Line "Drinkin' Beer. Talkin' God. Amen."—Rice sees his new project, The Album, as the launching pad for music that says what he wants to say exactly how he wants to say it. 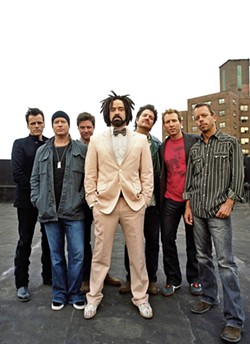 Press materials say it's freer, unbeholden, and uninhibited. All I know is he puts on one hell of a show! Seaforth, with songwriters Tom Jordan and Mitch Thompson, open the show.

Spreading butter across the country on the Butter Miracle Tour supporting their first album in almost seven years, the Counting Crows make a stop at Vina Robles on Saturday, Sept. 4 (7 p.m.; all ages; $65 to $95 at vinaroblesamphitheatre.com), with special guests Matt Sucich and Sean Barna. Released earlier this year, BUTTER MIRACLE, SUITE ONE is a four-track, 19-minute suite.

For more than two decades, the Grammy- and Academy Award-nominated rock band has enchanted listeners worldwide with soulful, intricate sounds. The Counting Crows released seven studio albums between 1993 and 2014, starting with August and Everything After, and sold more than 20 million records.

Train (a rescheduled show) pulls into the Vina Robles station on Sunday, Sept. 5 (7 p.m.; all ages; $60 to $115 at vinaroblesamphitheatre.com). Celebrating 20 years since their Grammy Award-winning chart-topper "Drops of Jupiter" spent 10 months in the top 40, Train has sold more than 10 million albums, won three Grammys, and nabbed two Billboard Music Awards.

In 1994, the original five-member band built a hometown following, which led to their debut album in 1998 featuring "Meet Virginia," Train's first radio hit. The band recently released a brand new song, "Mai Tais" with Skylar Grey, which was featured on the CBS series Magnum P.I.

Tickets from the originally scheduled show will be honored at this new date, and The Voice's 2020 finalist, singer-songwriter Thunderstorm Artis, will open.

Central Coast favorite Jackson Browne hits Vina on Wednesday, Sept. 8 (8 p.m.; all ages; $55 to $95 at vinaroblesamphitheatre.com). On tour supporting his new album, Downhill From Everywhere, Browne recently announced that singer-songwriter Leslie Mendelson will join him on his Evening With tour in September.

Downhill From Everywhere includes a duet with Mendelson on the song "A Human Touch." Album single "My Cleveland Heart" was released earlier this year, and Browne recently played the song on Jimmy Kimmel Live!

The Associated Press called the title track off the album one of the best political songs Browne's ever written: "This is a timeless rock album designed to be play this summer racing across a shimmering blacktop with the top down." Forbes said the album is a good example of why Browne is in both the Rock and Roll and Songwriters halls of fame.

Pat Benatar and Neil Giraldo round out New Times' Thursday-to-Thursday work week at Vina on Thursday, Sept. 9 (7:30 p.m.; all ages; $49.50 to $79.50 at vinaroblesamphitheatre.com), with special guest John Waite.

Benatar's knock-your-socks-off vocals pair nicely with Giraldo's artistry as a guitarist, producer, and songwriter, forging a unique sound that created some of rock's most memorable hits—"We Belong," "Love Is A Battlefield," "Promises In The Dark," and "Heartbreaker." They have sold more than 30 million records and won four consecutive Grammys.

Pull your leather pants on and head to the dance floor.

Enjoy one of the remaining summer nights we've got left with local sound-house The Tipsy Gypsies in Mission Plaza on Friday, Sept. 3, from 5 to 8 p.m. (free; all ages) for Concerts in the Plaza. With hints of swing and gypsy jazz, they embrace R&B and Motown with fervor. The Tipsy Gypsies' signature sound features Hillary Langdon (vocals), Forrestt Williams (guitar), Brian Lanzone (bass), Laura Foxx (sax, clarinet), Reese Galido (vocals), and Daryl VanDruff (drums).

Numbskull and Good Medicine Presents husband-and-wife country-crooners Thompson Square at The BarrelHouse Brewing Co. Amphitheater on Monday, Sept. 6 (5 p.m.; all ages; $23 at eventbrite.com or $25 at the door), with Joe Martina opening. With romantically charged hits "Are You Gonna Kiss Me Or Not" and "If I Didn't Have You," the duo has had multi-platinum success and won Vocal Duo of the Year from both the American Country Music and Country Music awards. 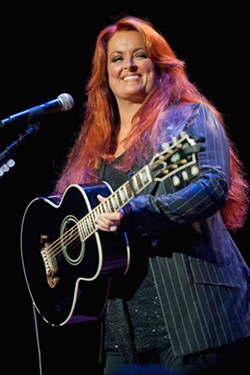 The seven-piece Con Brio from San Francisco comes at you with energetic soul, psych rock, and R&B grooves at The Siren on Thursday, Sept. 9 (7 p.m.; 21-and-older; $17 at eventbrite.com or $20 at the door), with Silk Ocean opening.

And neither last, nor least, but all we've got room for this week, 1960s-inspired psychedelic and garage rock group the Allah-Las plays SLO Brew Rock on Thursday, Sept. 9 (7 p.m.; all ages; $25 presale at ticketweb.com; $30 day of show) with Mapache opening. Δ

Editor Camillia Lanham is filling in for Glen Starkey this week while he vacations in paradise. Send complaints, notes, and music news to gstarkey@newtimesslo.com.