Witness the stunning musicianship of David Bromberg at the Fremont Theater on Sept. 20

David Bromberg may have just turned 74 today (Sept. 19), but the master multi-instrumentalist, singer, and songwriter hasn't lost a step when it comes to his stunning fingerstyle fretwork. Over his five-decade career, he's collaborated with Bob Dylan, George Harrison, Willie Nelson, and Jerry Garcia, among others, working in blues, bluegrass, folk, jazz, country and western, and rock genres. He can play acoustic and electric guitars, mandolin, pedal steel, dobro, and violin. 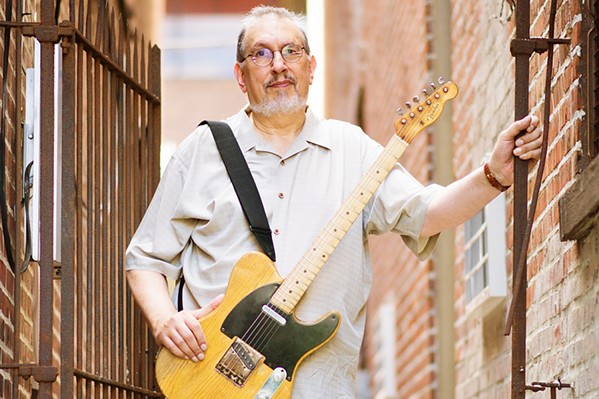 Bromberg actively recorded in the '70s, releasing 10 albums between 1972 and 1980. Then, he slowed down considerably, sometimes taking many years between releases, but in 2007, he returned with the Grammy-nominated Try Me One More Time. His most recent album, 2016's The Blues, the Whole Blues, and Nothing But the Blues, is his 18th.

The album focuses on the music Bromberg discovered in high school when he was introduced to a friend's dad's collection of blues 78s.

"I loved those 78s so much," Bromberg said in press materials. "I taped them on a portable reel-to-reel so I could listen at home and learn."

At the time, he'd only recently taken up guitar as a way to pass the time while he was laid up with the measles, and soon he was woodshedding and building his skills. The album reflects this earliest musical interests.

"There's a lot of different types of blues on there," Bromberg noted. "We decided to start it off with a dyed-in-the-wool blues [Robert Johnson's 'Walkin' Blues'], but there's also country blues ['Kentucky Blues'], and gospel-influenced blues ['Yield Not']."

Bromberg's got a deep catalog of originals and a massive repertoire of covers and traditionals in multiple genres, so who knows what he'll play at this show, but you can see David Bromberg—the man often called the godfather of Americana and the co-creator of the newgrass genre—at the Fremont Theater on Friday, Sept. 20 (doors at 7 p.m.; all ages; $30.83 to $42.56 at Boo Boo Records or fremontslo.com). Exceptionally talented local singer-songwriter Mark Adams opens.

If you'd hoped to see Oliver Tree on Tuesday, Sept. 24, sorry but it's sold out.

You can see synthwave electronic act The Midnight next Thursday, Sept. 26 (doors at 8 p.m.; all ages; $30.83 general or $73.05 for a meet-and-greet at Boo Boo Records or fremontslo.com). Flamingosis opens.

The queens of new country

Maren Morris' new song, "Girl" (and its excellent accompanying video), is an inspired feminist anthem and real gut punch to institutional patriarchy. It's a song about how women are often beaten down, sometimes by one another, but how if they claim their equality and support one another, "everyone's gonna be OK."

"Man, this shit's unflatterin', all up in my head again/ I don't feel myself right now, maybe I should just lay down/ If vanity's my vitamin, well, I don't feel the difference/ I don't like myself right now, gotta find a way out// What you feel is natural/ But I don't wanna feel this anymore/ Pick yourself up off the kitchen floor/ What you waitin' for?" Morris sings.

It's inspirational, and it's also inspiring to find three strong female country singers sharing the bill this Friday, Sept. 20, when Maren Morris makes a stop at the Avila Beach Gold Resort as part of her "Girl—The World Tour" (gates at 5 p.m.; show at 6 p.m.; all ages; $56 to $201 at Boo Boo's and eventbrite.com), with special guests Kassi Ashton and Hailey Whitters.

All three of these performers sing some great songs, have stunning voices, and put a lot of heart and soul into their pop-inflected country music. This ought to be a real barnburner!

"Give them your tired, your lonely, your lovesick, your unsure, and the Australian folk-rock group The Paper Kites have a song for each of them," organizers said. 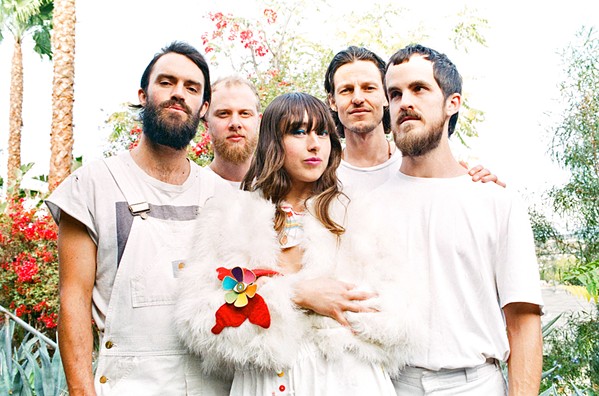 Dream pop act Amo Amo plays on Wednesday, Sept. 25 (8 p.m.; 18-and-older; $15 at Boo Boo's and slobrew.com). The band—Omar Velasco, Love Femme, Justin Flint, Shane McKillop, and Alex Siegel—had an impromptu jam with Jim James (My Morning Jacket), who "proved the right ferryman to take them across the creative river to where the revelatory, mystic moment awaited," press materials claimed. "Five months later, after a month-long recording retreat with Jim in an old house in central California's countryside, Amo Amo emerged with a collection of songs full of soul and magic."

That 1967 song was where the name of indie and alt-rock act Death Cab for Cutie came from. The band formed in Bellingham, Washington, in 1997, and quickly became an underground favorite thanks to their unconventional instrumentation and frontman Ben Gibbard's (guitar, piano) unusual voice and lyrical style.

The eight-time Grammy-nominated act has nine studio albums to their credit, most recently Thank You for Today (2018). See them at the Vina Robles Amphitheatre on Saturday, Sept. 21 (8 p.m.; all ages; $39.50 to $59.50 at vinaroblesamphitheatre.com).

Excellent Americana act the Shawn Clark Family Band plays the Octagon Barn Center's grand opening this Friday, Sept. 20 (5 to 7 p.m.; all ages; $14.99 to $210 at my805tix.com). Join The Land Conservancy of SLO County in celebrating the historic barn's grand opening. Beer, wine, and food will be available for purchase.

Kenny Lee Lewis and Friends play D'Anbino Tasting Room on Friday, Sept. 20, for a videotaped concert (7:30 to 10:30 p.m.; 21-and-older; $13 to $23 at my805tix.com). Lewis (guitar, bass, vocals) is a longtime member of the Steve Miller Band, but he's a terrific frontman in his own right. The group also includes Bobby Santa Cruz (bass and lead vocals), Cliff Brockett (keys and vocals), Wyatt Lund (drums), and Marty Townsend (guitar and vocals). If you like R&B and classic rock, be there!

The Arthur White Jazz Quartet plays Unity Concert Hall on Saturday, Sept. 21 (7:30 to 10:30 p.m.; all ages; $10 to $25 at my805tix.com). The SLO County Jazz Federation is pleased to present the White in a "Welcome-to-San Luis Obispo." He's taking the reins of the Cal Poly jazz program from the recently retired Paul Rinzler.

Caroline Aiken with special guests Jill Knight and Brynn Albanese play the Old Santa Rosa Chapel on Sunday, Sept. 22 (4 to 6:30 p.m.; all ages; $25 at my805tix.com). Sometimes called "The Mother of the Indigo Girls," Aiken is a Georgia gal with an amazing voice. Δ