May 11, 2006
comment
Shortly after 10:30 in the morning on Monday May 8, a 22-year-old Morro Bay woman parked her white Nissan Sentra on the top floor of the Marsh Street parking garage. â€œShe just sat in her car with her windows down listening to music,â€? says Johnny Candearia, an occupant in the only other car that parked on the top level of the garage on Monday morning. â€œI thought she was smoking pot or something.â€?Â
Â 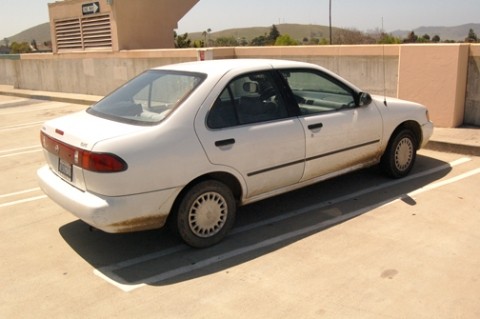