A 25-year-old convicted of killing a Santa Margarita woman in a drunk driving accident two years ago allegedly was seen intoxicated and was refused service at a bar in downtown SLO in the months following the fatal 2016 crash, according to court records.

The allegations came to light in documents submitted by SLO County prosecutors in connection with the sentencing of Jessica Allred, who was found guilty by a jury on July 5 of vehicular manslaughter while intoxicated. On July 30, Allred was sentenced to four years in state prison. 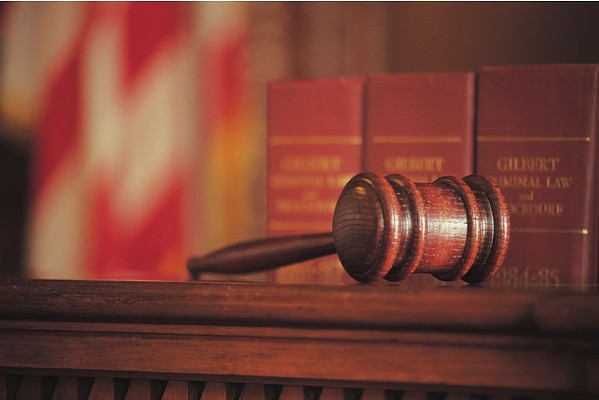 According to testimony during the trial, Allred was drinking and driving when she caused a fatal head-on collision that killed 56-year-old Denise Fox on April 30, 2016. A forensic test revealed that Allred had a blood alcohol level of 0.17 percent, more than twice the legal limit.

In a written brief submitted to the court prior to the sentencing, SLO County Deputy District Attorney Chase Martin included documentation of an anonymous tip to SLO County Crime Stoppers that Allred was seen drunk at a downtown bar on Feb. 11, 2017, about 10 months after the crash. The tipster, who identified himself only as a former co-worker of Allred's, said she was "heavily intoxicated" when he refused to serve her. The tipster also claimed he overheard Allred bragging about being released from custody and that she was not supposed to be drinking. The tipster said he spoke with other downtown bar servers and managers, who told him that she'd been drinking at other locations that night. The unnamed tipster said he reported the incident to Crime Stoppers out of concern that Allred's behavior might lead to additional DUI fatalities.

"This behavior is simply more of the same, and does not indicate any acknowledgement on Ms. Allred's part that her irresponsibility was the cause of a tremendous emotional loss to Ms. Fox's family," Martin wrote.

A sentencing brief filed by Allred's defense attorney, Patrick L. Fisher, argued the opposite. It stated that Allred was "shaken to her core" by the accident and characterizing the fatal crash as an "isolated lapse in judgment for an otherwise disciplined, kind, law abiding young woman."

"Jessica has been shattered by Ms. Fox's death," Fisher wrote. "Jessica has not had a day go by without thinking of Denise Fox."

The brief also stated that Allred had not had "a single drink of alcohol" since the accident. Fisher included letters Allred's friends and family attesting to her character.

"Since the event of the accident, Jessica feels she was spared for a purpose ... she feels compelled to dedicate what she does in life to, in some way, honor Mrs. Fox and her family," Allred's father, John, wrote.

Four years was the maximum sentence Allred could serve under the charges she was convicted of. As of Aug. 1, she remained in custody in SLO County Jail waiting transfer to state prison. The amount of restitution Allred will have to pay Fox's family is yet to be determined. Δ