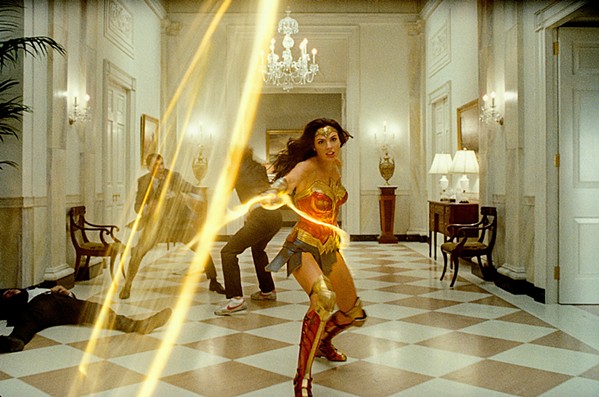 I had high hopes for this sequel. The 2017 original was a blast, and Gal Gadot was an amazing lead. This new one reunites director Patty Jenkins with Gadot, but the magic of the first film has dimmed considerably, I believe in large part because of the cockamamie story about a "Dreamstone" and power-mad villain Maxwell Lord (Pedro Pascal), who uses the stone to grant everyone's wish ... for a price too dear to pay.

The best part of the film is the opening, a flashback Diana Prince (aka Wonder Woman) has of her youth, when she learned a valuable lesson about truth and honor during a competition on the island of Amazon women. It captures the emotions and thrills of the first film.

The film makes a game attempt to capitalize on its 1984 milieu by joking about fanny packs and parachute pants, but it doesn't quite conjure the nostalgia it was hoping for. Kristen Wiig as Barbara Minerva is brought in as a comic foil and to drive home the idea that Diana is as kind as she is beautiful. The film isn't a waste of time, but at 2 1/2 hours, it's bloated and poorly paced, with a pat, yawn-inducing ending. (151 min.) Δ