Structures of yesterday are symbols of tomorrow

by Jesse Acosta and Ryan Miller

Though a leisurely drive around the Central Coast will yield plenty of views of new residential and commercial construction, astute observers will notice more than a few barns dotting the countryside. 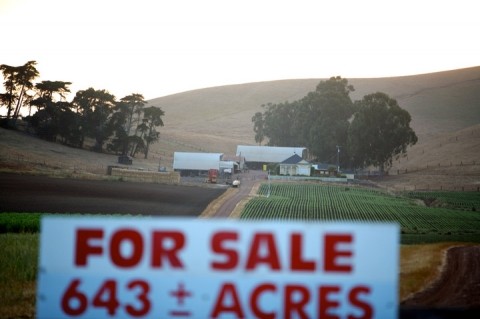 # These barns stand as benchmarks to a different time, when San Luis Obispo County's economic base was 90 percent agriculture.

Today, barns on the Central Coast serve as much more than just historic benchmarks. Though some continue to function pretty much the same as they always have, many are being reinvented to become something much different from their original intent.

The Land Conservancy of San Luis Obispo County, for instance, has been restoring what's known as "The Octagon Barn" with the goal of opening it as a local produce stand and agricultural education center, according to the group's web site.

Steve Beck restores barns so that they can be used as event halls, winery's tasting rooms, or anything else someone would need 2,400 feet of floor space to operate.

"Barns are an irreplaceable piece of the county that hold historic, cultural aesthetic, ambience, and personality," he said.

# People tend to be proud of their barns and want to show them off. But these wooden monuments aren't always easily preserved.

"Along with the elements, there are many threats to our county's barns: over-taxation and over-regulation of farmers, as well as the threat the rural-urban interface provides," said Jackie Crabb, executive director of the San Luis Obispo County Farm Bureau.

When farmers monetarily go under, barns often go down with them. Agricultural preservation is a vital step in maintaining existing barns-but it's easy to recognize the beauty of the farming community when you're not an immediate neighbor. Crabb noted that many farmers deal with complaints from nearby residents who don't like the noise generated by a working farm. 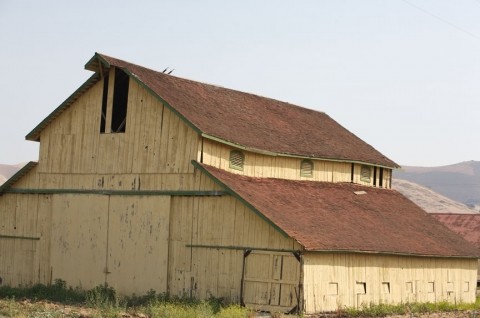 # Barns will continue to serve as reminders of the past and signs for the future-that is, until we want the dirt they stand on.

There will likely always be barns. But in the face of an increasingly urbanized county-and world-it's best to enjoy the views while we can. Just in case.

In that spirit, here's a glimpse of local barns as they stand today, a glimpse you can catch as you drive around this rapidly developing area. ?

Photographer Jesse Acosta can be reached at jacosta@newtimesslo.com.