Would your life make an interesting movie? 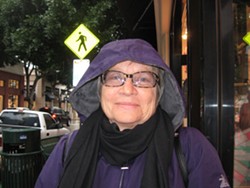 Yes. … My father was a former prisoner of war for the United States. I grew up in Germany after the war and there was lots of poverty. Then I came to the U.S. and everyone is so rich.

Yes it would. I’ve adopted two children from Russia, was diagnosed with cancer, and almost lost my business, all in the same year.

Yes, lots of interesting girlfriends and lots of near-death experiences. Only once did they coincide.