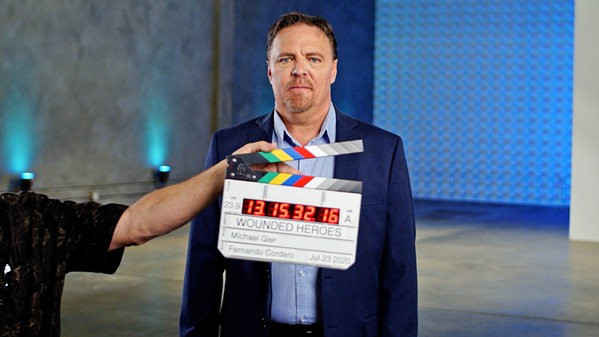 Written, directed by, and starring Michael Gier, this new documentary examines the troubling practice of overmedicating soldiers suffering from PTSD. Instead, it explores alternative treatments, starting with equine therapy, as well as ART (Accelerated Resolution Therapy), which essentially trains the brain to replace traumatic memories with good memories. It will be released to the public for free on March 5, available on Amazon, Google and iTunes.

It will probably appeal to a fairly narrow audience: those with PTSD, the loved ones of someone with PTSD, or anyone interested in alternative therapies. It mostly consists of Gier interviewing treatment experts and soldiers who have responded positively to equine therapy and ART, and it's inspiring to hear about people who are able to get off pharmaceuticals and get their life back.

The production values are equivalent to a TV infomercial, so don't expect a lot of amazing filmmaking. Gier wants to get the information out and alleviate soldiers' suffering. There's a lot of information available on the film's website, woundedheroesdocumentary.com, so if you know someone in need, this will be worth watching. (111 min.) Δ