Frustrated by the job market? Know that you’re an excellent candidate, but have no idea how to make that come across in your résumé? Written has got your back.

Written is a company based in downtown San Luis Obispo that helps people with any of their professional document-writing needs. Though its main focus is résumés and cover letters, it also handles everything from marketing material to technical writing, to even polishing up your LinkedIn profile. Simply put, whether you’re looking for a new job or completing a task for your current one, if it needs to be written down, Written will ensure that your product stands out from the rest.

“It’s all about knowing how to make a candidate shine for whatever they’re going for,” said Christine Brown, Written’s owner and operator. “I wanted to provide a service that would help people.” 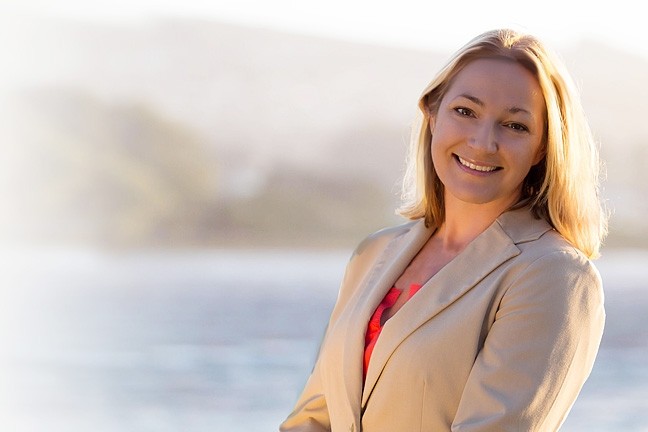 Brown, who grew up in SLO County, personally oversees each and every résumé that Written creates, and with her qualifications, it’s easy to see why. She graduated from Cal Poly in 2000 with a bachelor’s in English focusing on pre-law and technical writing, and in 2001 she received her certification from Cal Poly’s technical communications program. Afterward, Cal Poly hired her as its technical writing spokesperson. She is also a Certified Professional Résumé Writer, with 15 years of professional writing and producing experience under her pen.

“I always have no more than one contractor writing for me, just to take a little bit of overflow,” she said. “I can never find someone who writes résumés, or when I do, it’s just not as good as what I do. I guess I’m a perfectionist, but when it comes to résumés, it needs to look like it was done by a perfectionist.”

“Every job I ever held had a writing portion, and that was always my favorite, always what I excelled at,” Brown said. “The only thing I liked about law school was the writing part of it.”

According to Brown, meeting people in coffee shops and helping them with their résumés on the side was what started it all. She’s come a long way since then, working on projects such as a brochure for a clothing company and a grant for a dog park in Santa Maria. Written boasts clients such as Pepsi’s bottling company and MINDBODY and has virtually no competition.

“I had one guy who made an ass of himself at a wedding and had me write an apology letter for him,” Brown said, laughing. “I don’t really like to broadcast that I do apology letters though.”

Despite the wide variety of services Written covers, Brown said that she still finds résumés to be the most interesting.

“Everyone has their own story to tell,” she said. “I like getting into other people’s heads every day.”

Brown relies on word of mouth rather than advertising to keep Written going, but that doesn’t seem to be a problem. She said that she feels “so blessed” to be able to live on the Central Coast making her living as a writer, and that she gets many repeat customers.

“Every once in a while people call me up like, ‘I got the job!’” she said. “I like to get that feedback. I see myself as a problem solver.”

The annual Hats for Hope benefit is Sunday, Oct. 9, at the San Luis Obispo Country Club at 255 Country Club Drive from 1 to 4 p.m. There will be appetizers, wine, live music, and raffles for wine, spirits, artwork, and more, as well as a variety of live auction items. The Hats for Hope program is sustained by donations and works directly with oncology offices from Paso Robles to Santa Ynez to get wigs to SLO and Santa Barbara County residents undergoing chemotherapy. Tickets are $50 and reservations can be made via eventbrite.com. For more info call 489-4161 or visit hatsforhope.com.