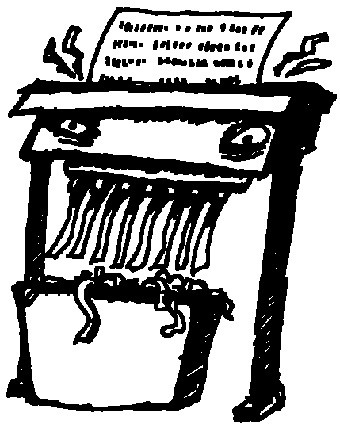 Good people of San Luis Obispo County, the world is ending and I beseech you to completely and utterly lose your shit. Race like rabid greyhounds through your neighborhood's quiet streets; confess your unrequited love for your neighbor’s wife; go to work and slap your boss in the face with a cold, dead fish and then run to the top of the nearest parking garage to make you grand last confession: that you never bothered with those paper toiler seat covers because they were flimsy and freaked you out.

Of course, before you take my advice to burn bridges and pillage at will you might want to hear my evidence.

Evidence the first: SLO County Supervisor Debbie Arnold outwitted Supervisor and Chair Bruce Gibson to amend plans for the controversial Paso Robles Groundwater Basin Water District. That’s right, the supervisor who was supposed to be a nutjob country bumpkin managed to stage a successful coup. And I actually agreed with her.

Evidence the second: She did this with the help of Supervisor Caren Ray who has turned out to be quite the independent thinker undermining arguments from critics that she would allow Gibson and Supervisor Adam Hill to lead her around by the nose.

Evidence the third: Arnold’s attack was likely carefully coordinated as evidenced by the fact that Agenda 21 posterchild Tom Dawson attended the meeting where it all went down and did not mention Agenda 21 during his public comment period. If your jaw is anywhere but the floor then you clearly failed to grasp the significance of what I just said. Agenda 21 nuts rant about Agenda 21. They do not throw their weight behind other frivolous issues at the expense of the opportunity to prattle aimlessly about Agenda 21.

Evidence the fourth: Andrew Christie of the Sierra Club joined forces with Mike Brown and COLAB. I believe Dr. Peter Venkman said it best when describing the end of days as “dogs and cats living together” and I think even the esteemed Dr. Venkman would agree that Christie and Brown agreeing on an issue is much more alarming.

Now if you’re like me and think local politics are one tiny step above the World Cup on the snooze meter, you probably slept through what I just said and are now in need of someone to wrap an emergency blanket around your shoulders and feet. I’d volunteer but I’m on a roll here and I really don’t like touching people.

For everyone else, this is important because even though those uppity women insisted on being, well, uppity, the much-criticized water district was set to move forward with the approval of Gibson, Hill, and Supervisor Frank Mecham. It’s not that the uppity women don’t want a water district. The uppity women just happen to think that the process of voting should give equal voice to locals with small tracts of land and absentee landowners with lots of acreage. Essentially, under the system Gibson, Hill, and Mecham were pushing, votes were determined by the amount of land you own, because, really, is there anything more American than the rich minority being allowed to push around the piddly, poor majority? Never mind the fact that the piddly poor actually live on that land as their primary residence and are therefore disproportionately affected compared to the big landowner who can hop in a helicopter and retreat to Residence No. 1 when there’s no water for a shower.

Is that an exaggeration? Maybe a little. But is it more traumatic to not have water in your home, or not have water in your vacation home? And why the hell were the majority of supervisors set to push through a plan that disproportionately favored the wealthy at the expense of the actual residents? You could make the argument that Gibson tends to follow a keep-your-head-down-and-stay-the-course logic on large projects with lots of potential thorns. And I don’t necessarily blame him for that because based on the degree of windbaggery that generally goes down during public comment periods, it’s not always easy to respect the public. But there’s a big difference between ignoring the haters and arguing that one vote per title will disenfranchise big landowners because they won’t get more of a say than their poorer counterparts—an argument Gibson literally made, except that his exact words were that one vote per title “disenfranchises half the owners in the basin.”

To paraphrase, Gibson said, “But isn’t our legislation supposed to be set up to favor the rich minority? Isn’t it, in fact, unfair to them if our legislation does not privilege them?”

To make matters look worse for Gibson, all this came about because he took a letter with updates about water district legislation from Assemblyman Katcho Achadjian, which Achadjian requested that Gibson agendize and discuss, and single-handedly approved it without bothering to put it on the agenda and discuss it. Which seems like a sneaky and heavy-handed means of trying to avoid conversation on a subject he knew would be contentious. When a single supervisor—even one I usually agree with—exercises his privilege as chair to deny other supervisors the opportunity to provide input, isn’t that kind of undermining the purpose of having multiple supervisors?

And Gibson almost had his way. It looked like he was going to until the meeting on Tuesday, June 17, when Mecham surprised everyone by joining the uppity women brigade—probably with a friendly push from COLAB. I’d propose a celebration of uppity women at next week’s Board of Supervisors meeting, except that there won’t be a meeting because the world will have ended by then. Unless of course it hasn’t, in which case I might really be burning my bridges by throwing my dirty clothes in the garbage disposal rather than doing my laundry.

Shredder knows the world ends with neither a bang nor a whimper but with an annoying fizzing sound. Send other sounds to shredder@newtimesslo.com.