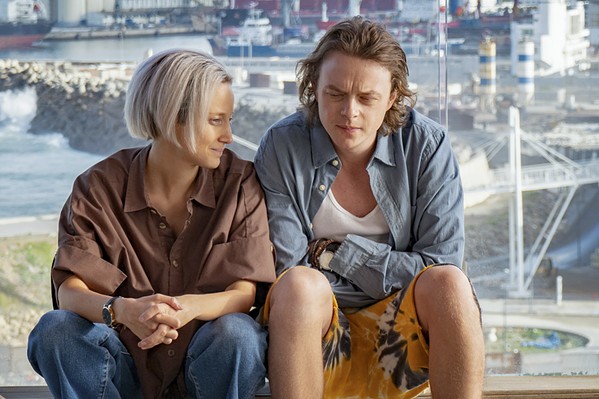 The Italian grading system for flour goes 2, 1, 0, 00—depending on how refined it is—and 000 is slang for pure cocaine, which an Italian mafia family has ordered from some Mexican narcos who are shipping it through an American freight company. The series essentially follows the coke through its travels as it moves from one set of hands to another. Meanwhile, we get to know more about the three parties involved in the transaction.

Don Minu La Piana (Adriano Chiaramida) is head of the 'Ndrangheta, a crime syndicate that his grandson, Stefano (Giuseppe De Domenico), hopes to gain control over. Enrique (Victor Huggo Martin) and Jacinto Leyra (Flavio) are the narcos, who with the help of corrupt soldiers stay one step ahead of the law. Edward Lynwood (Gabriel Byrne) is the shipping magnate whose business is kept afloat by the lucrative drug trade.

Slickly produced, the non-chronological series zips back and forth in time and space, moving from one story to another, as all these competing forces work to stay on top of a very dangerous game. This is definitely an overlooked gem from last year. (In English, Spanish, and Italian; eight 60 min. episodes) Δ